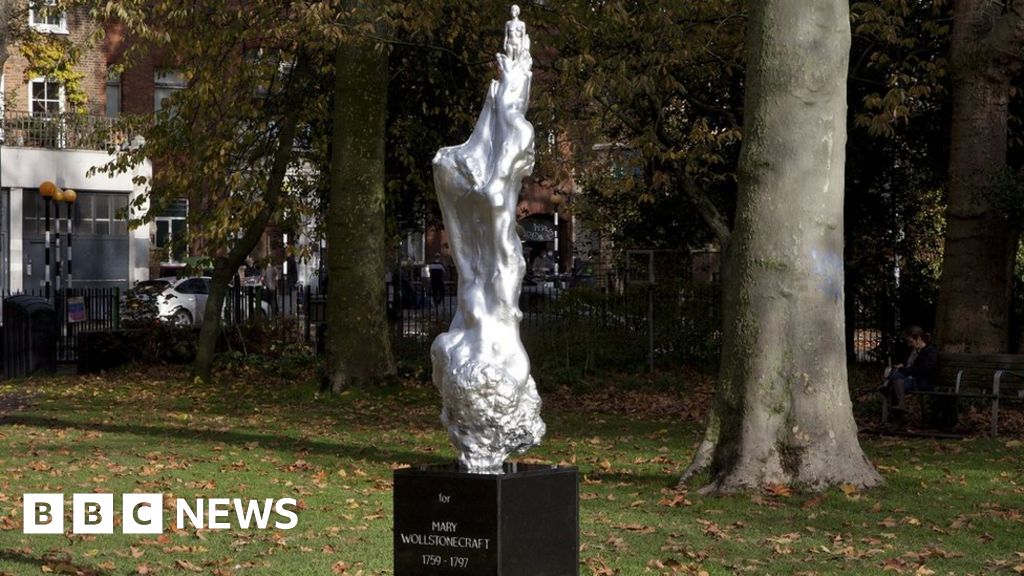 Interestingly a very respectful (and fully clothed) statue was proposed by a male sculptor, but the committee went for this one by a woman artist

Mary on the Green
this was the rejected proposal
View attachment 925667
Click to expand...

I think the naked statue is ok. If you have to bring up those terrible spinsters, then at least let us imagine that they were always naked.

On lap 1 of the race, French driver Romain Grosjean collided with another car and hit the wall with 250 kph (~ 155 mph). His car broke in two and exploded in a big fireball.

I watched the incident live on TV and was initially worried that I just witnessed the first fatal F1 crash since Jules Bianchi in 2014. I am thankful that this did not turn out to be true.

Romain was trapped in the flaming wreck of his car for a total of 27 seconds before he finally managed to climb out. At the moment it seems like he was lucky to get away with only minor burns.

Until some 25 years ago, Formula 1 pilots were the last real gladiators of sports, risking their life during competition.

It gave F1 a morbid attraction. Many watched it for the crashes, though no one admitted it.

Staff member
F1 was (along with Indy Car) very late in adopting a roll hoop over the front of the cockpit. It's only a few years old. But they were in step or ahead with fuel cells (fire prevention), tires, mirrors, etc. They were very slow demanding seat belts. In the late 60s a driver still could 'opt out' of using them.
Much has changed. Watch a clip of 'Bobby Allison Talledega wreck' and its amazing he survived (much less was mostly uninjured) the late 80s wreck.
Now many sanctioning bodies look out for 'unsportsman-like driving'. The cars are so safe drivers will use them as weapons to pass someone!!!
Let's Keep The Forum Alive

thehangingtree said:
In the late 60s a driver still could 'opt out' of using them.
Click to expand...

The 'opt out' was, because many F1 drivers were more afraid of burning to death, while strapped in the seat belts, than of being killed on impact.
Jochen Rindt used to strap himself only partly for that reason. This contributed to his death on his fatal crash in Monza, 1970.
You must log in or register to reply here.
Share:
Facebook Twitter Reddit Pinterest Tumblr WhatsApp Email Share Link
Top Bottom