Happy Holidays to all 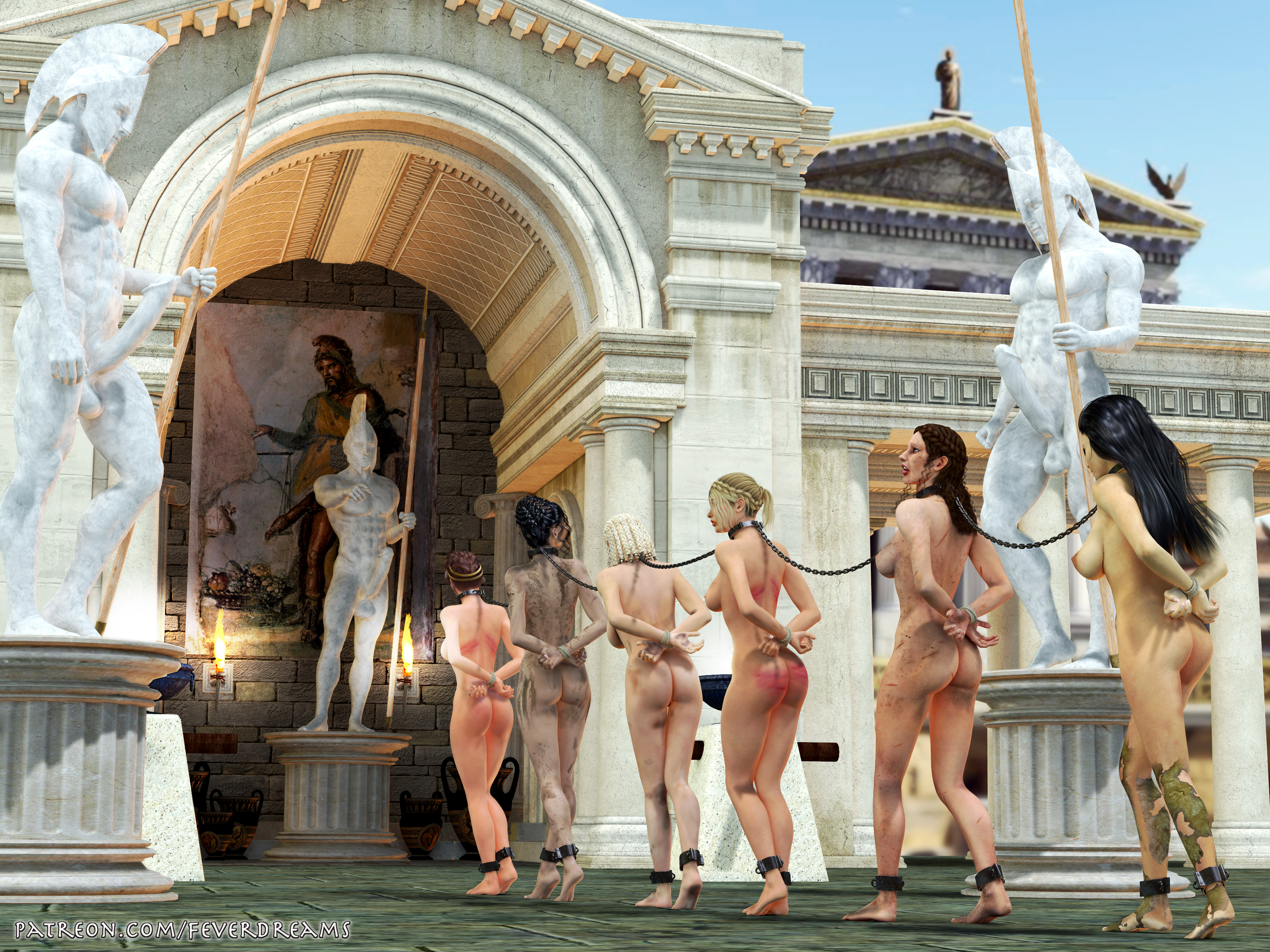 The convenient way to buy yourself a slave
KAV

I like how they have elegant hairstyles. Up until recently, they have led privileged and luxurious lifestyles. Now, they have been stripped naked, denying them the pride they were provided by their expensive clothing, as they are led to a lifetime of slavery and servitude. They are displayed in public, naked, as they no longer deserving of self respect, and some of them show signs that they have received a whipping, for their first ever time, on their pampered assess. The imposing men, holding spears and sporting erections, that surround and tower over them, are a signifier of what their future holds.

I think this is how slaves should be led. It seems unnecessarily humiliating, but that is what a slave should feel deserve she deserves.

Two secondhand slaves, traded in by two separate owners. Both of which have their own ways of keeping their slaves. The former owner of the slave on the right, chose that his slave should be left in constant bondage, as such, he ensured that she is left as opened as possible, for anyone to sexually humiliate and tease her against her will, but she will have no access her self. The former owner of the slave on the left, didn't feel it necessary to leave his slave in such restrictive bondage, but had her fitted with a chastity belt, as he didn't want her to have free access to her own sexual pleasure, that is for others to manipulate and exploit.

Such mercy having the condemned wenches carry their crossbeams to their crucifixion. I doubt they last as long as the ones already crucified...
Let's Keep The Forum Alive

"Get up girls, right now. No more lounging around, Master is selling the lot of you off to the nomads"