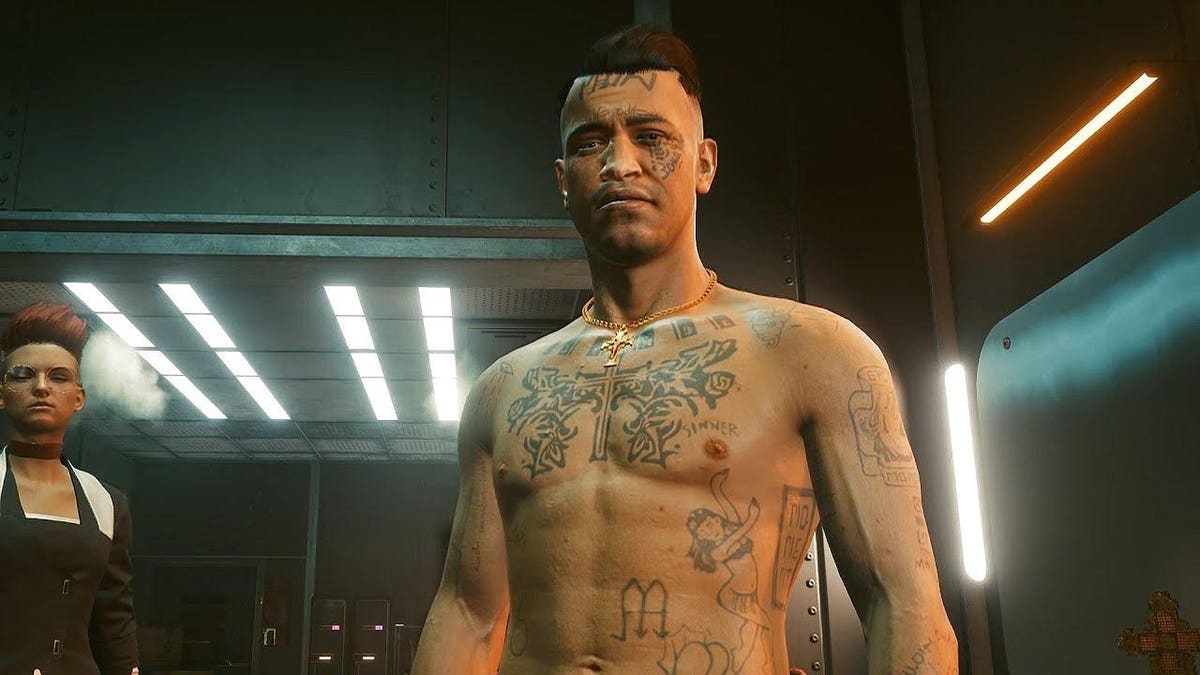 You already know which Cyberpunk 2077 quest I'm talking about, don't you?

You already know which Cyberpunk 2077 quest I'm talking about, don't you?

Whether we agree with the writer's opinion or not (and everybody is entitled their opinion) this article being published in a MAJOR source of information for leaders in capitalist societies highlights two things:

1) Why PC\SJ is so dangerous to societies\cultures as a whole, that is, unless you hold the "correct" opinions or views you have no right to exercise your freedoms.
2) Why we, as a group, constantly have to remind ourselves how close we are to the edge of being "unacceptable" and be vigilante about what we post.

After you get shoved off a cliff is too late to say 'I shouldn't have allowed them that power'.

Man, what a rant... I have absolutely no idea about Forbes political viewpoint, since I am from Germany.
I am only playing Cyberpunk 2077 and there is a remarkable crucifixion scene in the game where you play a active role.

I was only posting a completely random link where this is mentioned.
That's all.

Just playing around with an older version of a cross that Possum owns ....

Pixels leave me cold, no matter how good the composition.
KAV

Everything you see here is pixels check your monitor

Enjoy every moment while you can!
Rule 30? Really no women on the internet?

come on crows, don't be shy, she is waiting for you.

I see somebody already brought up the Cyberpunk 2077 crux quest.

The good news: it's a nice crucifixion with a twisted story, a somewhat empathetic victim, and you witness it in first person. Your character can even do the nailing, and it's pretty convincing.

The bad news: the crucifee is a dude. Boo. Also, he winds up in the "Christ" pose with no particular sense of body weight supported by his wrists. I can only imagine the hate mob's outrage if the game had crucified a woman instead, and properly depicted the dance.

Gaming coverage by Forbes tends to be bullshit on average. Though to be fair, in that article the Forbes writer actually says he wishes the game did more of this kind of thing. The only thing he seems to criticize is that the quest doesn't really have a point, and uses religious imagery for shock value.

willowfall said:
Executed for "crimes". Of course when you have been tortured into confessing .......
Click to expand...

willowfall said:
I did catch the tail end of this RP, I wasn't aware that a photo shoot was taking place. Unfortunately, RL was calling and I could not spend much time there. Before I teleported out, I wanted to leave a little note thanking Willowfalls for doing the RP on the public side of the island. I don't have the VIP pass that allows me to be an observer on the private side. And I wanted to thank her for switching over to the main chat box so I could follow along in the RP conversation.
Kisses!
Click to expand...